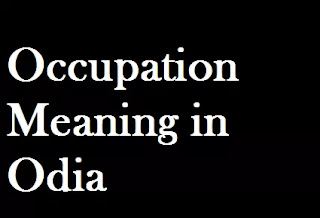 Ex:- his prime occupation was as editor

2. The action, state, or period of occupying or being occupied by military force.

Ex:– the Roman occupation of Britain

3. The action or fact of living in or using a building or other place.

Ex:– a property suitable for occupation by older people