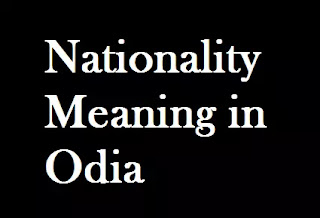 1. the status of belonging to a particular nation.

Ex:- They changed their nationality and became Lebanese

2. an ethnic group forming a part of one or more political nations.

Ex:- all the main nationalities of Ethiopia