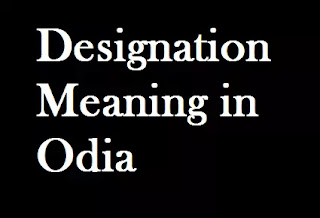 1. the choosing and naming of someone to be the holder of an official position.

Ex:- a leader’s designation of his own successor