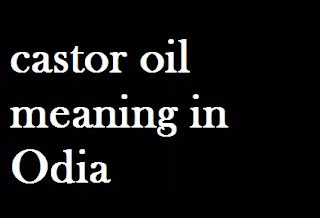 a pale yellow oil obtained from castor beans, used as a purgative, a lubricant, and in manufacturing oil-based products.

Castor oil is a vegetable oil pressed from castor beans. Castor oil is a colorless to very pale yellow liquid with a distinct taste and odor. Its boiling point is 313 °C (595 °F) and its density is 0.961 g/cm3. It is a triglyceride in which approximately 90 percent of fatty acid chains are ricinoleates. Oleate and linoleates are the other significant components.