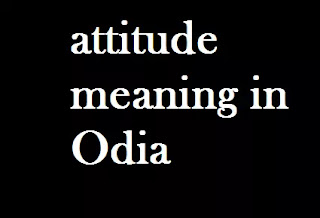 a settled way of thinking or feeling about someone or something, typically one that is reflected in a person’s behavior.

Use ‘attitude’ in a Sentence